Mr. Balling is a man of style, but senstive and has a sense of humor

All About Mr. Balling

Mr. Balling is a throwback retro arcade game. Easy to learn and enjoyable to play over and over again. You are Mr. Balling, bouncing around the screen trying to jump from ball to ball as you orbit around them, avoiding the red balls and the left and right sides. Your mission is to stay alive as long as possible and get the high score. Get a score in the top 100 and you will see your name on the leaderboard at www.mrballing.com. Play again and again as you master the simple game mechanics and singular action of tapping the screen to fly off the ball you are orbiting.

These pictures can give you a little taste of the adventure, if the trailer didn't excite you, take a look at these screenshots and start the mouth watering. 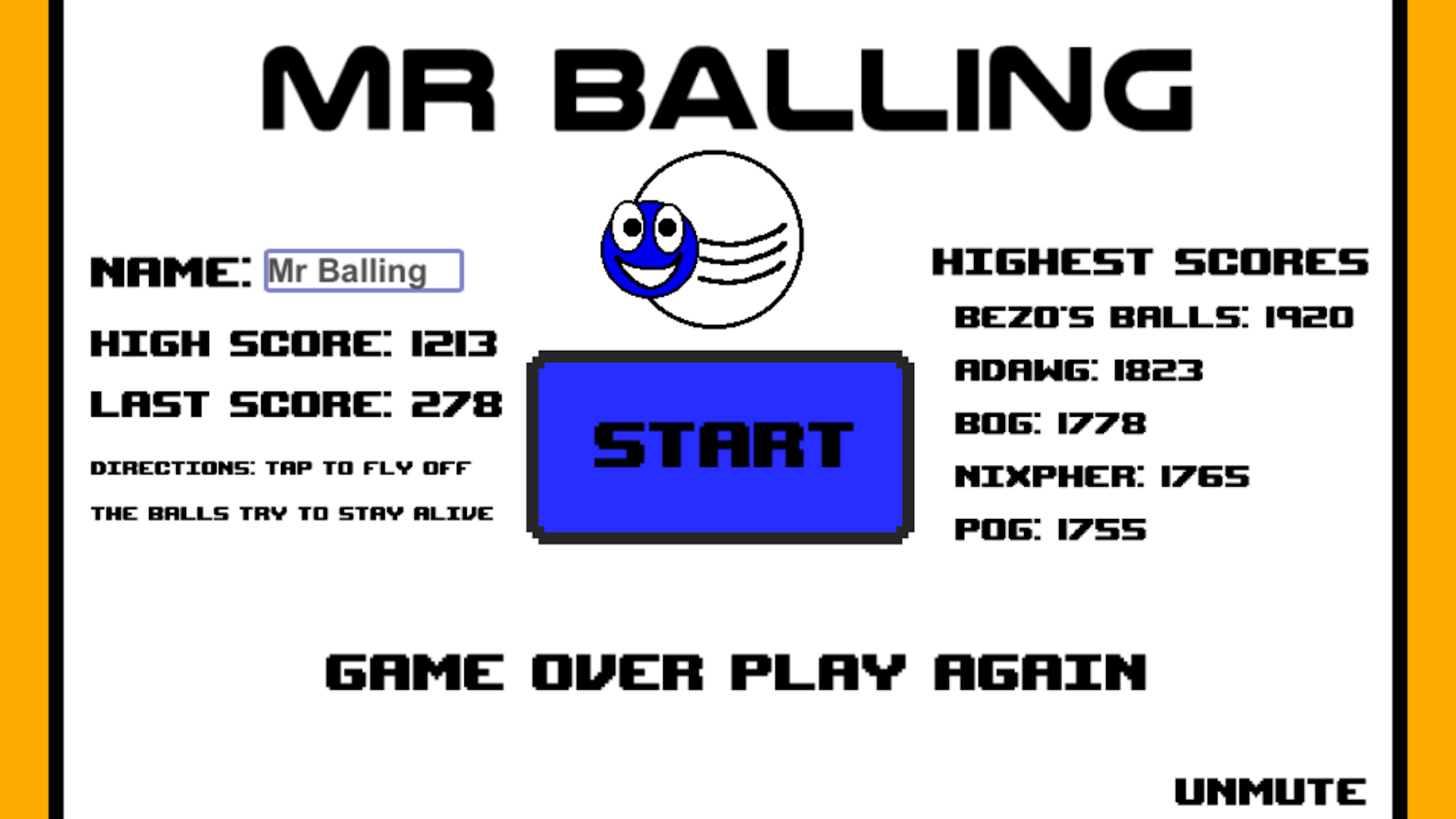 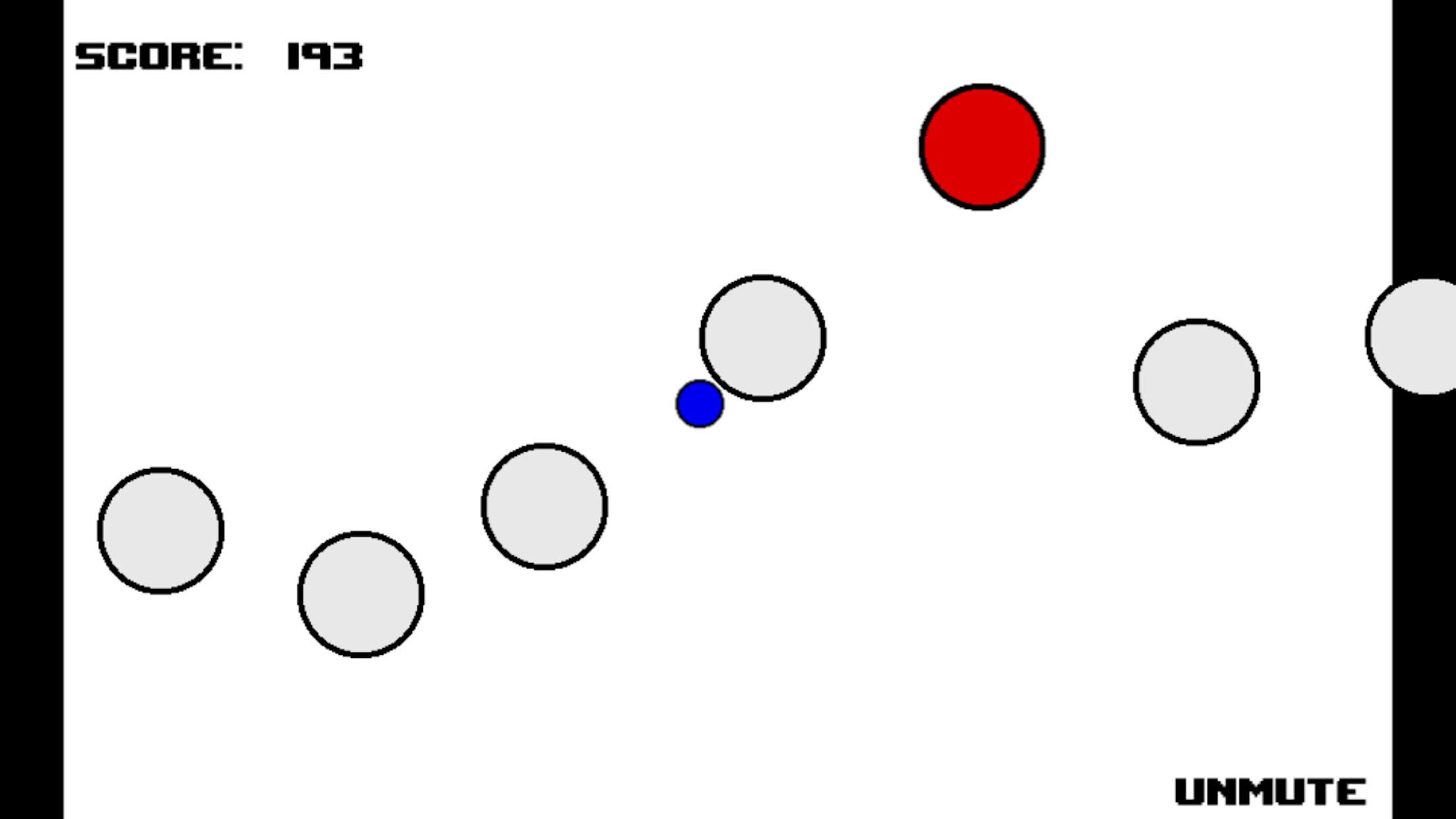 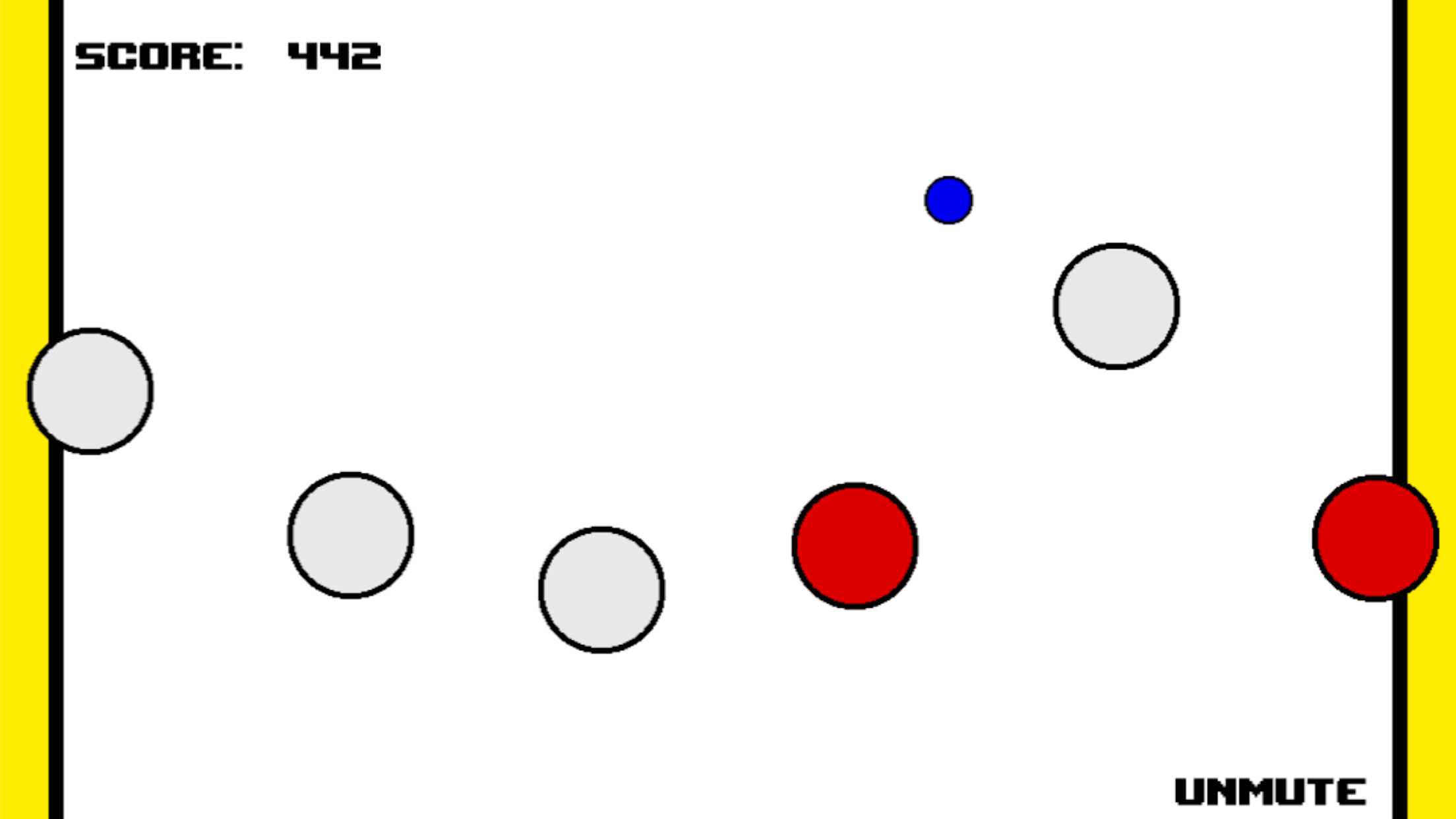 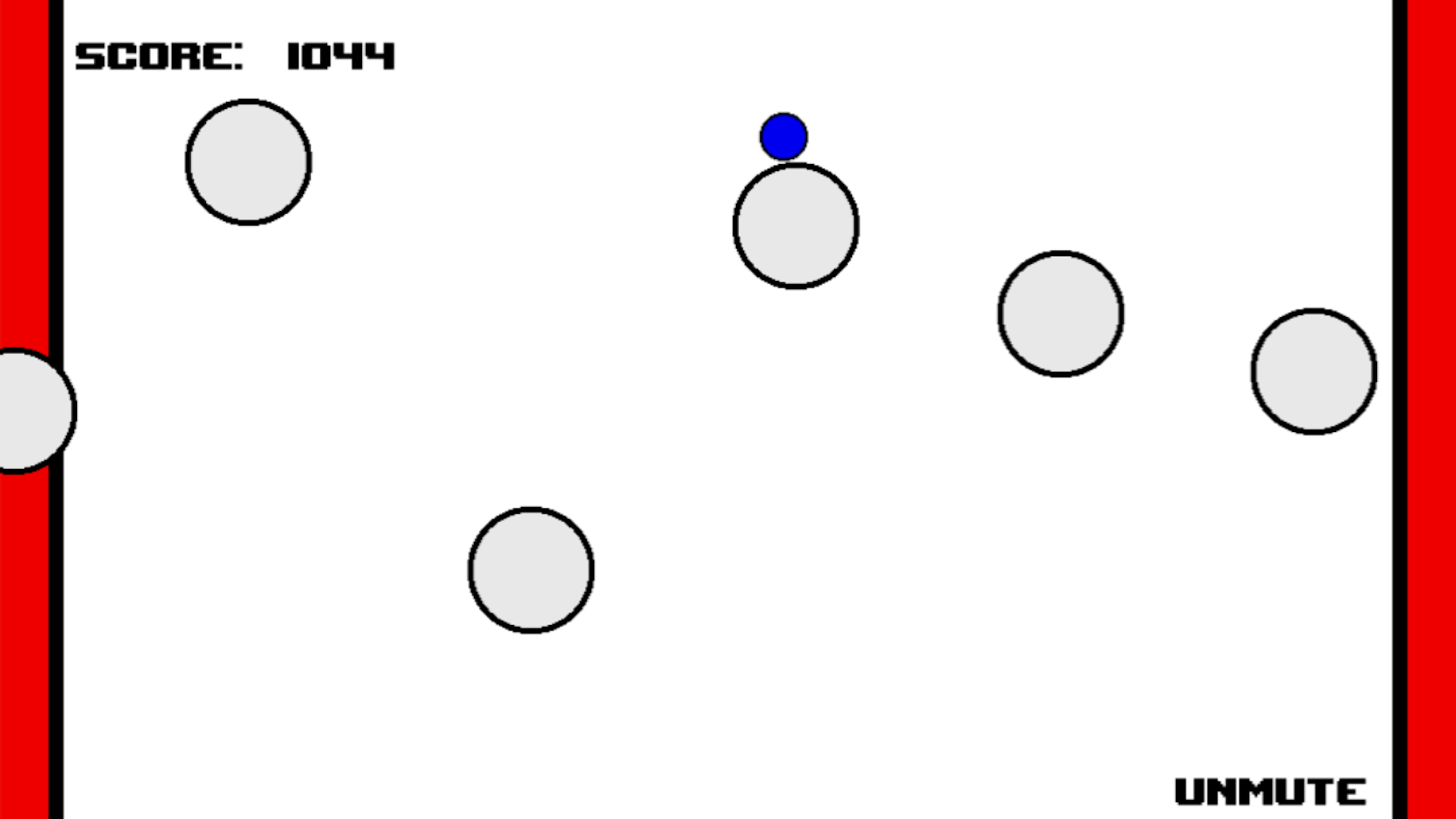 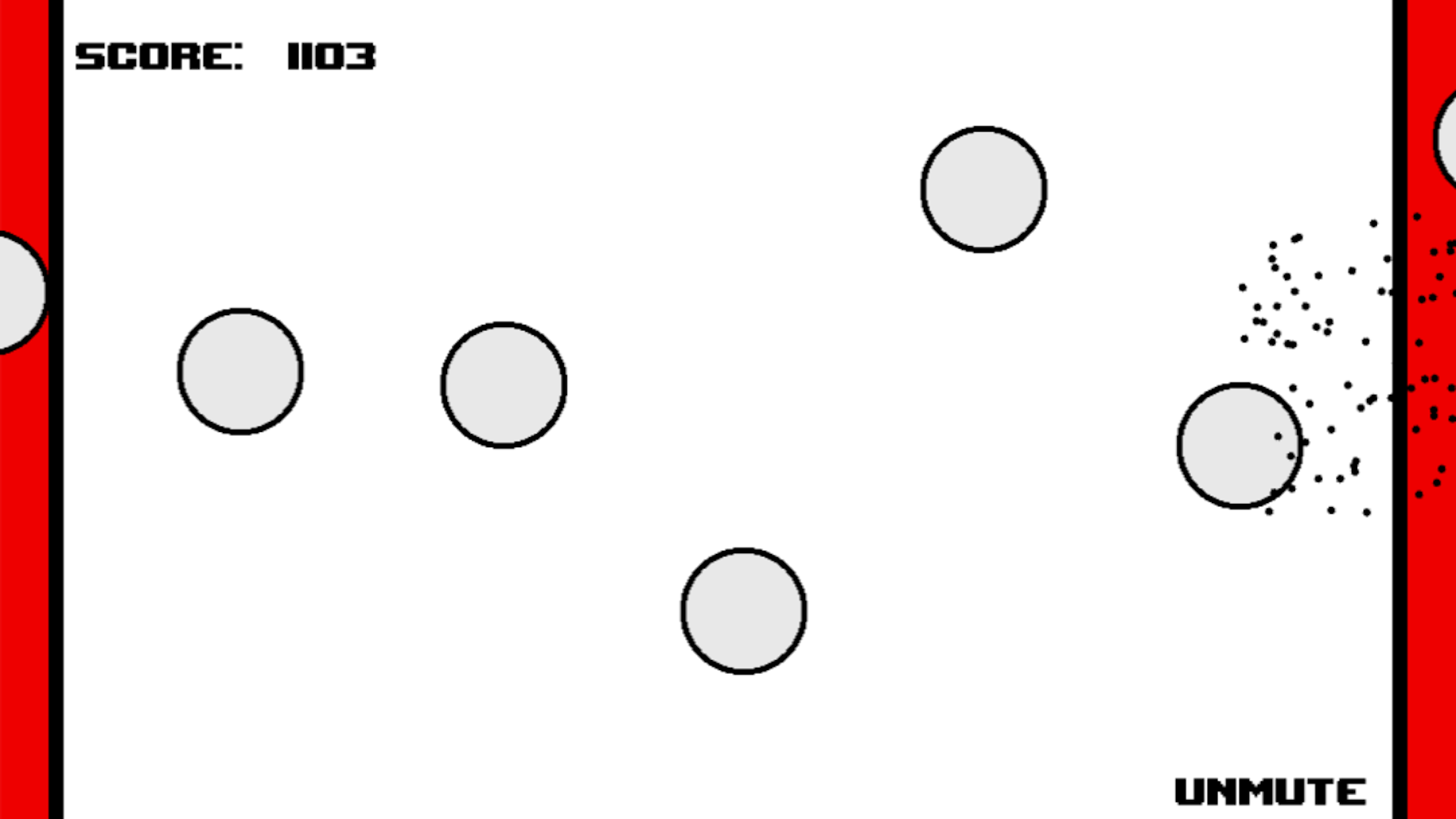 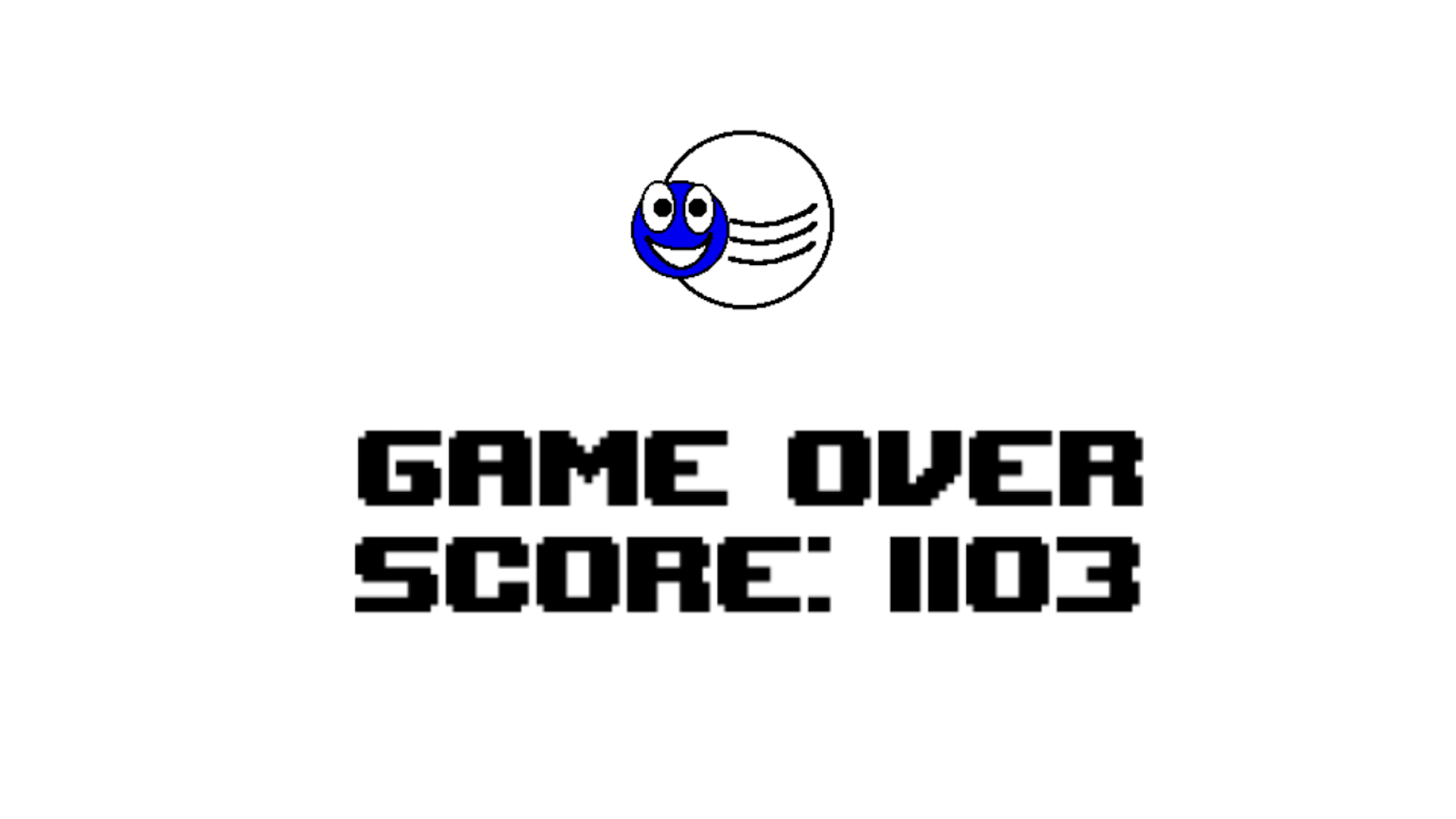 Mr. Balling grew up just east of of the Prime Meridian and north of Antarctica. He just sort of rolled up one day and was a bangin' star as soon as he showed up. He spent his early years rolling around.

Mr. Balling he has tried golf, but he kept getting stuck in one spot. He also tried playing hockey, but just couldn't puck it. He really hit his stride playing games like Soccer and Basketball. Mr. Balling hates football, but foosball is one of the greatest sports ever made.

Please check out the blog section to see some of the different tools that were used to make this game.