PhoneGap, the bridge to the world's pockets.

Cordova is an open source program that is intended to help you take an HTML5/Javascript app and deploy it across many platforms. Actually, I should investigate porting to others, but my main hope was to bring Mr. Balling to Android and iOS. Cordova was a great tool for me, while it took some trial and error to get everything to build correctly, once it was working I really high fived everyone in sight.

I don't have a team of developers to look to and with the proliferation of stuff online and on the app stores I've got a snowball's chance in hell anyways of getting noticed, so cordova got me working pretty quickly. There are tons of tutorials and message boards and stacks overflowing on cordova subjects so I won't bore you with any details, suffice it to say there are a few tricks with dependencies and getting it to build, in the end what I figured out was, when in doubt do a clean build. I'd suggest checking out the documentation to learn more. Mr. Balling wishes you the best of luck using cordova.

Ok, so PhoneGap is a great tool, but full disclosure, I had a little trouble getting it to work. At first it worked fine and then I could not get things to build. For that reason I'll onlly spend a little time talking about it. 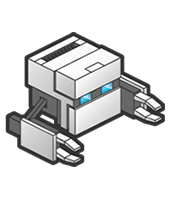 Now, as Mr. Balling understands it Phonegap is built on top of cordova so the two are so intertwinned a lot of people refer to them as one and the same. I suspect that if I just did a clean build Phonegap would have worked just fine for me, but as it is I used cordova and had good luck and am happy with both tools.